Ecorche and Artistic Anatomy at the Woodstock School of Art

Ecorche and Artistic Anatomy at the Woodstock School of Art 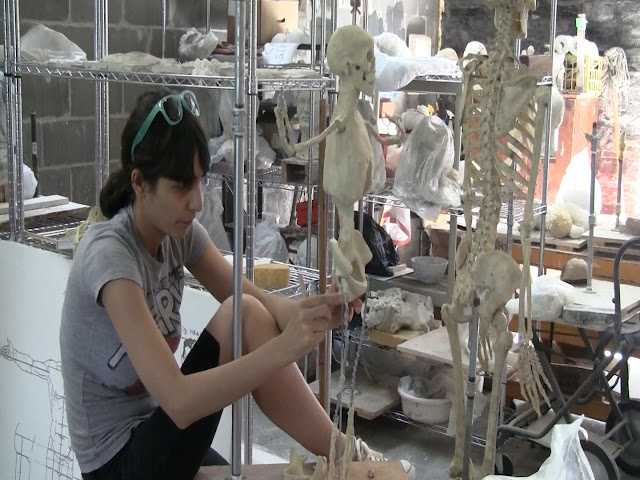 Ecorche Class
Posted by keith gunderson at 7:37 PM No comments:

Here's the basic armature I created for my Ecorche class at the Woodstock School of Art .
Based on a single pole concept rather than a side mount, I felt that the side mounted galvanized pipe occluded too much area so I opted to hang the armature off a single thin threaded steel rod which was made rigid through wing nut compression. The base had a countersunk void to accommodate a locking nut. I spent alot of time poking through the plumbing fixture bins at the hardware store. This is actually the second prototype of my ecorche, which  was later improved upon. Hands and feet were added later, fab'd from smaller gauge wire and the pelvis and rib cage was refined to avoid any metal poking through the clay skin. This was especially evident around the lumbar and sacral area as I had to attach the leg wire assembly to this  junction and have it still appear delicate. More pixs to come. 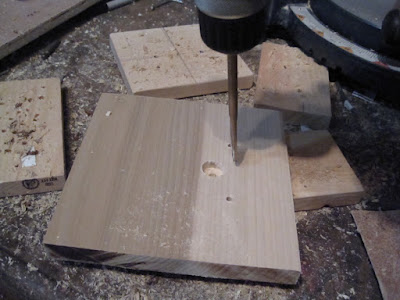 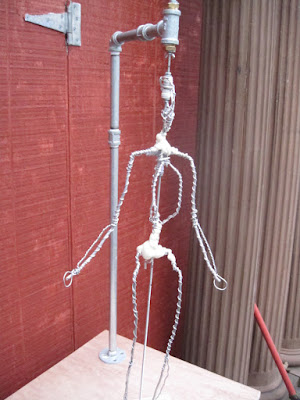 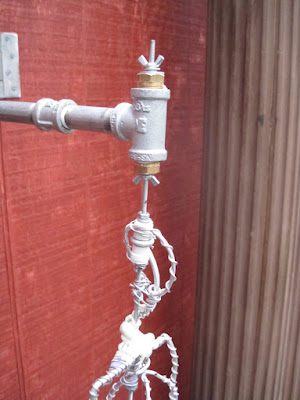 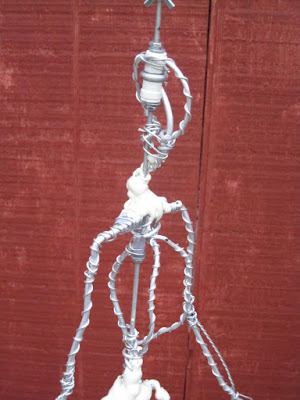 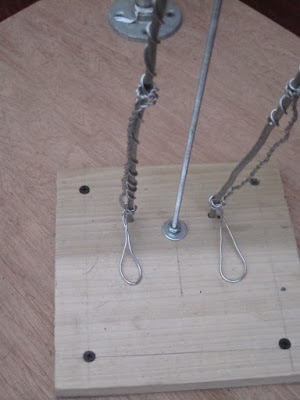 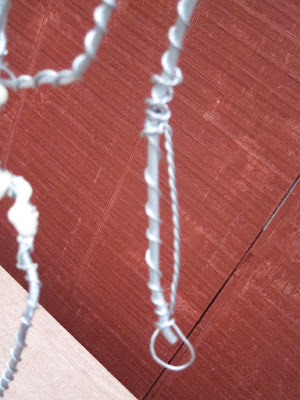 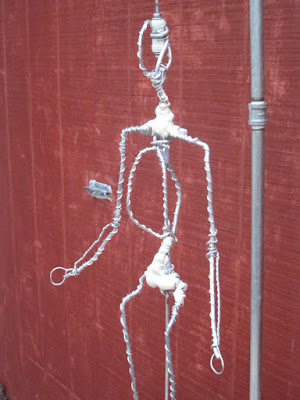 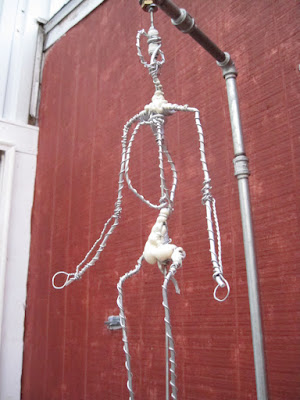 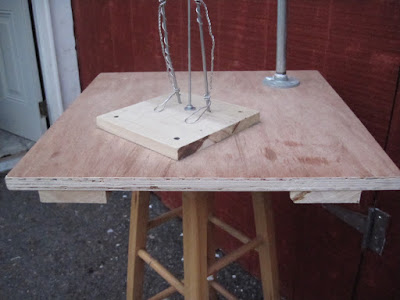 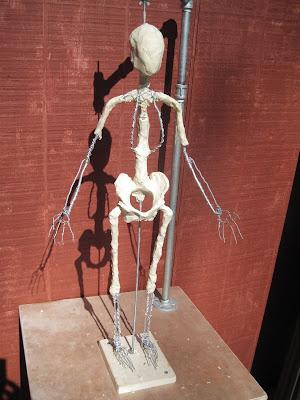 Posted by keith gunderson at 5:58 PM No comments: 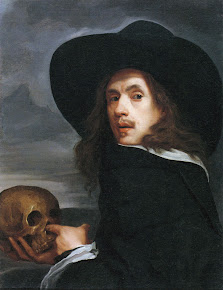